Alba Electric is fully insured, bonded and licensed by the State of New York.

Alba Electric is a full-service electrical contractor offering a wide variety of services ranging from residential service upgrades to commercial ground up buildouts and industrial full gut renovations. We service all five boroughs in New York City including the Bronx, Brooklyn, Manhattan, Queens and Staten Island. Our highly trained licensed electricians are equipped to handle all of your  electrical repairs and installations in a safe and timely manner. Alba Electric is fully licensed and insured so you can rest assured you will only receive the highest quality electrical services. We pride ourselves on customer satisfaction offering a one-year warranty. If you’re looking for trusted and reliable electric contractor that guarantees their work, give us a call today to lighten up your day 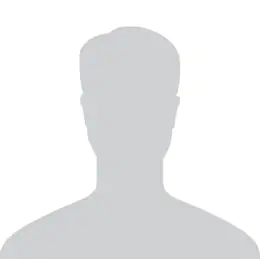 22 years ago Gerard Farrell discovered his passion for the electrical trade. No surprise considering the family business in Dublin, Ireland.

Gerard Farrell has been working in the electrical trade for over 22 years. He first started his apprenticeship in Dublin Ireland in 1998 learning his trade from his two Uncles in a family-owned business, Alpine Electrical Engineering LLC where he built and installed custom switchgear and electrical control panels. He graduated from Kevin St technical institute and revived his national craft certificate as a qualified electrician in 2003. He was promoted to foreman in 2003 at the age of 21. In 2004 Gerard emigrated to the United States and began to work for All-Star Electrical, where he first met his now business partner, Philip Brady. In 2006 Gerard was promoted to a foreman position where he ran commercial & residential projects of all sizes. In 2009 Gerard moved to Eco Electrical where he quickly became the director of field operations. This position included being in full control of a minimum of 10 projects at a time and organizing manpower, materials, schedule & attending all weekly meetings, and always made sure all projects were done in a timely & quality assured manner. DOB inspections were always attended and passed for every project. In 2018 Gerard became a licensed NYC master electrician and partnered up with Andrew Horan & Philip Brady and started up Alba Electric. In the short time they have been in business they have been extremely successful. The company now employs over 30 men and has built up a large contact list with many different clienteles. We foresee the future to be very bright and to keep growing with every passing month.

Philip has nearly 30 Years of experience in the Electrical Industry beginning with his Electrical Apprenticeship starting in Dublin, Ireland from October 1991-June 1996 with Gallagher Dublin Limited(Benson & Hedges Cigarette Company). Philip was then employed by Thorn DNT Lighting Company for 1 year, 1996-1997 in Sydney Airport, Australia before moving to work from 1997-1999 at Intel Ireland as a Plant Maintenance Technician. Philip then established his own Electrical Contractors ‘EMS Electrical’ Dublin 1999-2001. Philip moved to the USA in 2001. He began working with Coffee Electric from 2001-2003, then All-Star Electric 2003-2011, then Eco-Electric 2011-2017 before becoming a Partner in Alba Electric. During his nearly 20 years of experience in NYC, Philip has worked numerous high-end Residential Projects & Commercial Projects from Trump Tower Penthouses to Hudson Yards Commercial Projects.

Fill out the form below to request a free quote today!